The Khabur Plains and adjacent territory in dry-farming northern Mesopotamia have witnessed five intensive survey projects since the beginning of modern archaeological research there in 1978. Together these five surveys encompass 3,362 kms2: Beidar 452 kms2, Brak 707 (partial 1256) kms2, Leilan 1650 kms2, Hamoukar 78 kms2, and Hawa 475 kms2. Ideally, these could be compared to Robert Adams’s extensive surveys of southern Mesopotamia (1965, 1972, 1981), but those surveys’ archaeological utility is hampered by lengthy period spans and poor chronological control.

The Khabur Plains surveys’ data are of exceptional value for understanding the range of prehistoric, ancient, medieval and modern land-use and settlement, including the Mesopotamian dry-farming region responses to the 4.2 – 3.9 kaBP abrupt climate change event. The Beidar, Brak, Hamoukar and Hawa surveys did not, however, distinguish pre-Akkadian, Akkadian, and post-Akkadian periods of occupation, and lumped all such settlements into a “mid-late third millennium” period of about 500 years, and without any absolute dating control. The third-second millennium Brak survey (2002, 2003, 2005) remains mostly unanalyzed and unpublished (Colantoni 2012), while the Hamoukar survey (Ur 2010) is also too small to provide useful information. 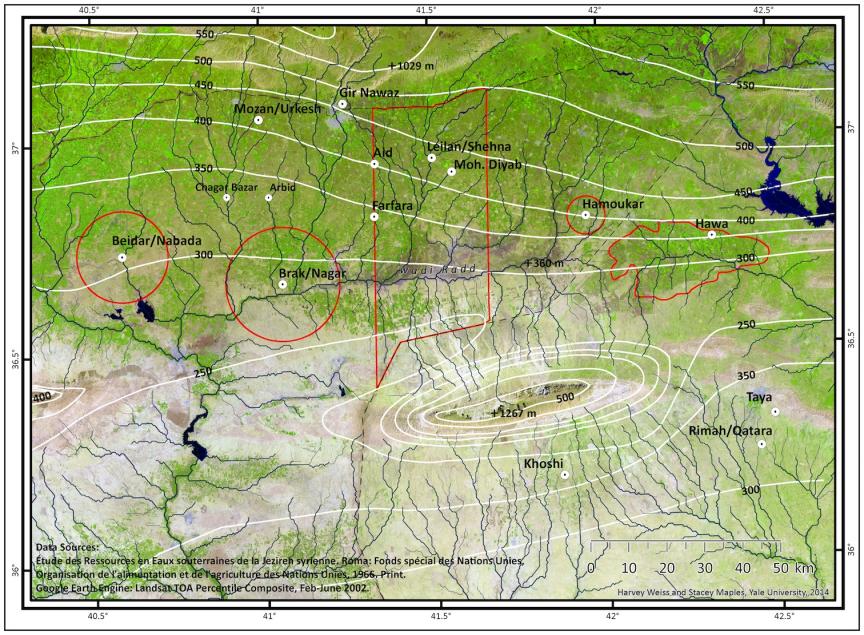